Favorites and game feedback saved temporarily to your browser! Sign in or Sign up for free to save them permanently.
Live Avatar

“A thrilling story that takes place inside an alchemy lab, in the dungeons of King's Landing! Solve the puzzles in time and find the wildfire potion! Be a hero, save the kingdom! Inspired by Game of Thrones” — read more

Baratheon’s fleet is attacking King’s Landing. He gathered the biggest fleet ever seen, and we dont have enough canons or men to defeat them.

The only chance to save the city is to destroy the fleet using the wildfire brewed by Grand Meister Hallyne, the pyromancer, but the damn old man hid himself somewhere in the dungeon. A frightened old fart!

Tyrion, the King’s Hand, gave you a magic potion that, after you drank it, gave you the ability to telephatically control Sir Dontos, the city’s fool, around the alchemy lab in order to locate the wildfire!
Do it in time and save the Kingdom!

When can I play?

First time trying an escape room and it was fantastic, the game master was very funny and helpful giving little nudges when we seemed to be going in the wrong direction

Save King's Landing during quarantine

A group of friends and I tried out the Save King's Landing escape room during quarantine and it was so much fun! We had tried another company's escape room the week before, but much preferred this one - it was great to actually be able to see the room. Our host, Christina, was really helpful at showing us all parts of the room, explaining how the interface worked, and describing objects without giving anything away. Everyone on staff who I spoke to was incredibly kind and easy to work with. highly recommend!

Even at 4am local time, Sir Dontos was a great room companion. The room was full of hand crafted puzzles which are enjoyable and fit well with the Game of Thrones theme. It easy to tell that Puzzle Punks are committed to providing a great and challenging experience. While this room would have been great to play in person, Sir Dontos and the puzzle punk's inventory and room view tools make this room feel like you are not missing out.

Now I have played quite a couple of escape rooms and I enjoy the minute details, and the physical feel of the game more than I do the actual puzzle solutions (although, of course, that comes with immense satisfaction).
As such, I did not have high expectations for Save King's Landing.
Boy was I in for a treat! The facilitator delivered a different type of experience - I was no longer comparing it to live scape rooms, I was enjoying it as an adventure of it's own kind.
When live escape rooms open up I am still going to go for some on-line ones after this experience. I hope they manage to live up to the high expectations I now have

We played Save King's Landing and it was great! The host was entertaining, and he stayed in character the entire time. The 360 viewer and inventory system made the experience very enjoyable. We loved that we could explore the room both with crystal clear zoom options (the 360 viewer), as well as have the host manipulate objects and verbalize very well. This game brought back the excitement we've been missing, since we can't play any regular rooms now. We highly recommend SKL by Puzzle Punks!

My wife and I have played a lot of in-person rooms, and greatly enjoyed this virtual game. The puzzles were great and the gamemaster was fun and supportive! Strongly recommend playing this game!!

3 of us played on 3 devices and had a lot of fun! Our gamemaster was great as Dontos the Fool...he played it in character and gave us a couple of subtle nudges when we were a little unsure of next steps--we were playing at 4 am Central European Time so surely not what he wanted to be doing at that time! There were some cool technology pieces in the room--I would have loved to do it in person! There's a lot to keep track of with the inventory system, the ability to drill into the static 360 degree view of the room, and then seeing what the camera sees all at the same time--it can be a bit overwhelming at times but it makes the best of the virtual situation. We got out with a few minutes left, and it was satisfying!

Definetly worth booking!
We played this game with 3 people over 2 devices and it was so much fun.
The character you 'control' has a stable body camera on so you get to see the room from an immersive perspective. The camera remained steady and all times and didn't bounce around.
The actor remained in character at all times, instructing him added an extra dimension to the game which you wouldn't normally get.
The decor was detailed and very inkeeping with the theme of the room. The lighting and sound effects translated well through the online portal.
The puzzles were varied and unusual - they made you think and gave you a fantastic sense of achievement when completed.
I would highly recommend this game to both new and experienced players.

An exciting quest to save King's Landing

We had a lot of fun searching the beautifully constructed lab of Grand Meister Hallyne for the wildfire and save the city. Your host is in character the whole time and will need to persuaded to work and not just sit and drink. This is a really good looking game with some very cool puzzles. The inventory system helps you keep track of the items you find and looks great as well.

Reviews on other sites

Reviews for Save King's Landing

Our avatar, Sir Dontos played his role of the fool perfectly. With the 360 view, the inventory, and Sir Dontos, we had everything we needed to have an enjoyable stay in King’s Landing and came away from this game with that wonderful escape room buzz.

You don’t need to know anything about Game of Thrones to enjoy this game, obviously if you do enjoy GoT then you may get a little more out of it, but however you look at it, this is a fun game. — read the full review from Review The Room
I Virtually Escaped
May 2020

Let me just say - Ser Dontos alone is worth the (virtual) visit here! Seriously, he was amazing and his character made our experience both hilarious and immersive. The puzzles were fun too, but Ser Dontos was the shining star of this one, hands down. — read the full review from I Virtually Escaped 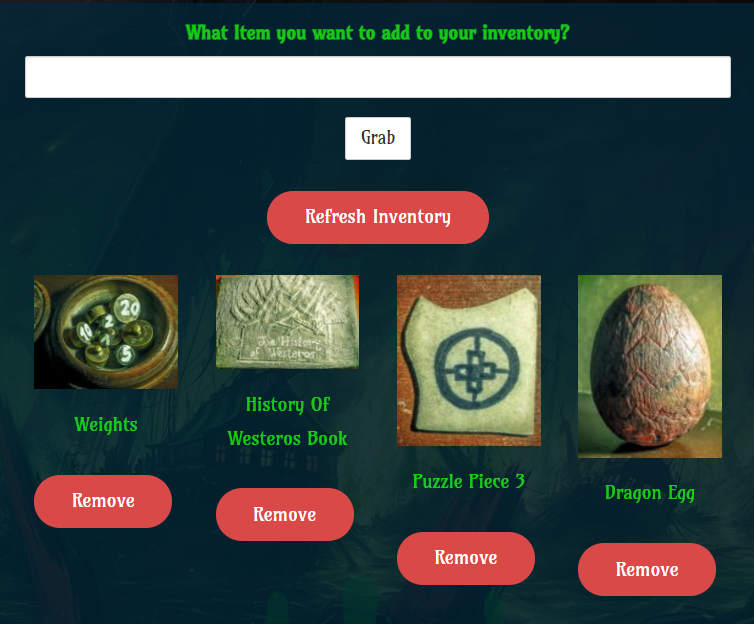 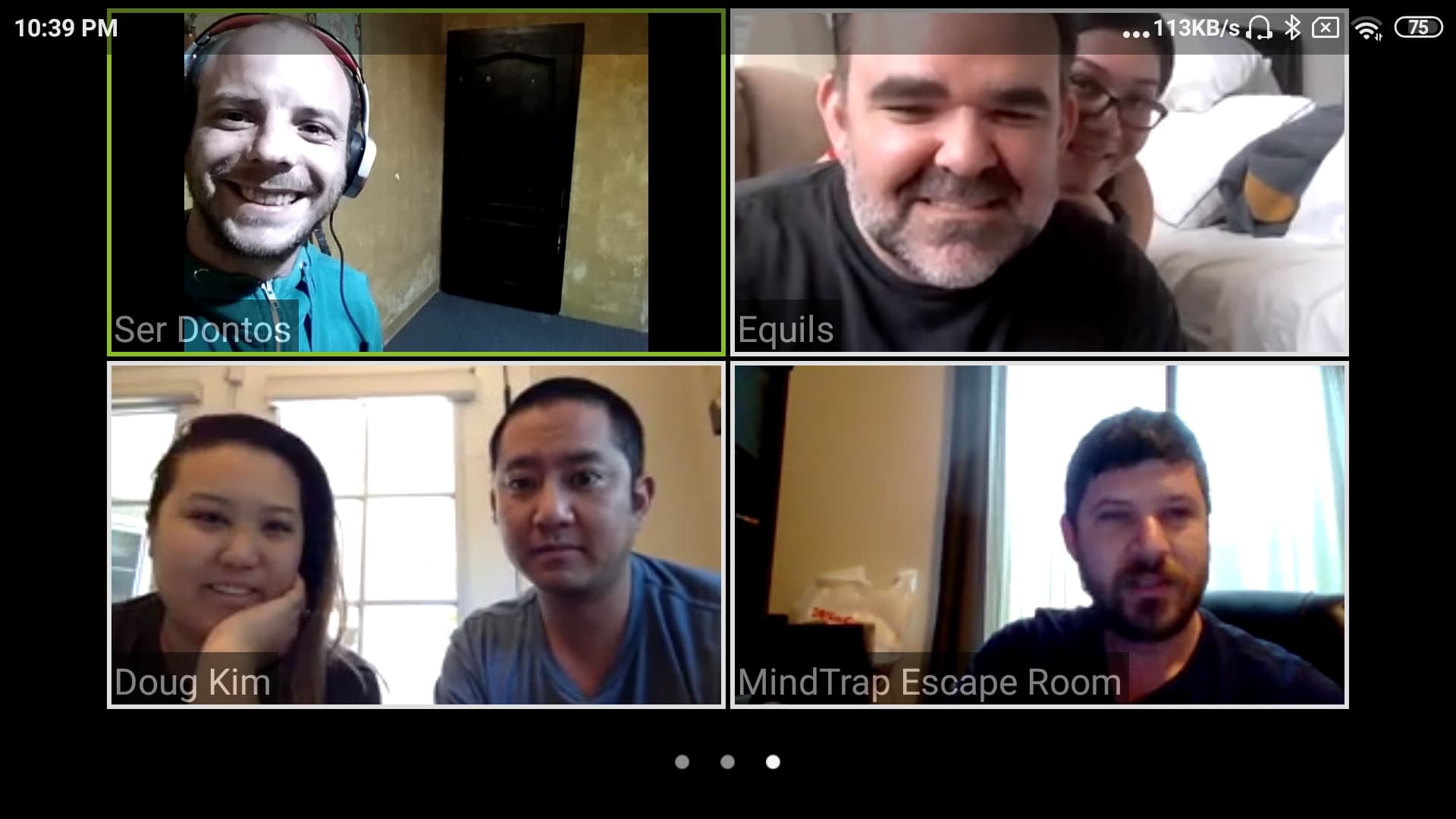